Power of Storytelling in Sales 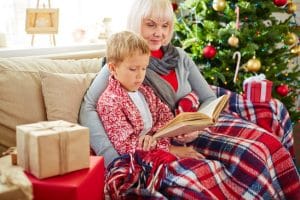 Power of Storytelling in Sales

Just like a picture paints 1000 words the power of storytelling in sales is worth a 1000 facts. I remember a great opening to a speech by Kingsley Aikins back in 2010 and it went something like this;

“I was reading newspaper headlines, ‘Country in Crisis’, ‘Company Closures Expected to Reach Unprecedented Levels’, one even said ‘Worldwide Economic Meltdown’ but it wasn’t the Times, the Independent or the Financial Times. It was the Bangkok Post and the year was 1997 and the headlines were referring to what we then called ‘The Asian Financial Crisis’. However by 2001, Thailand’s economy had recovered. The increasing tax revenues allowed the country to balance its budget and repay its debts to the IMF in 2003, four years ahead of schedule” (Kingsley Aikins)

That speech had a profound and moving effect of those of us lucky enough to hear what Kingsley had to say. Furthermore it was the kind of light needed at the end of a very dark and long tunnel, when business people really needed a shot in the arm.

Now Mr Aikens could have said recessions come and go and we all live to tell the tail but it wouldn’t have nearly the same effect, so storytelling has a powerful influence on grabbing people’s attention and getting across an important point. So why not take this technique and apply it to the sales environment, instead of trying to make an impression using facts alone, use – The Power of Storytelling in Sales.

So why do stories work so much better than facts and PowerPoint slides? 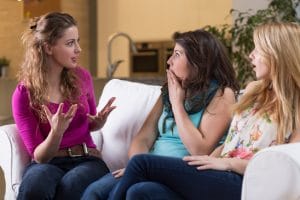 In much the same way that Kingsley Aikins was able to capture the attention of a room with hundreds of people, a good story can really draw in the audience.

Stories are Much Easier to Remember Than Facts

Stories are primal and we’re used at an early stage in mankind’s evolutionary development, probably for 95% of our time after we developed speech, as compared to the written word. Furthermore if a story can be remembered it can be retold by people in the room, to people that were not in the room. A chance to influence people involved in the decision that weren’t there!

Although we like to consider our purchases as based on rational decisions, buying decisions are largely emotional.

People remember how you made them feel, rather than what you said. So if you can entertain people they’ll have a more positive recollection of your meeting.

So the next time you plan a sales meeting, plan to use the Power of Storytelling in Sales.