Say Yes 50 Secrets from the Science of Persuasion 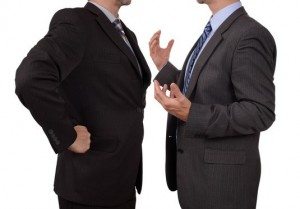 I was wondering what to put in this month’s blog, when suddenly the answer fell into the palm of my hand! Listening to a certain business programme, on a certain radio station and an interview with Robert Cialdini on persuasion!

Eureka – Why not write about “Say Yes 50 Secrets from the Science of Persuasion” by Goldstein, Martin and Cialdini a book I’ve read a couple of times and a must read for the progressive sales person. So this month’s blog is a bit long but I’ve resisted listing 50 secrets but listed 6 techniques the researchers boiled the powers of persuasion down to.

When the US clothing store Hollister opened its first store in Ireland, at the Dundrum Town Centre in July 2011 there were long queues of teenagers waiting hours to get into the flagship store, so why did this company, a leader in the field of retail sales, deliberately inconvenience so many of its customers?

Whether you’re a teacher, an accountant, manager, van driver or indeed a salesman your success in any of these jobs will depend on your ability to get others to say YES. So don’t use techniques which are reliant on personal experiences, introspection or indeed instinct! 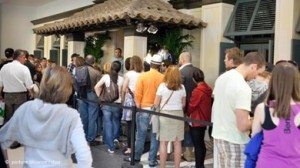 They simply applied the first secret – ‘Social Proofing’ – We look to what others do, to guide our behaviour.

The science of persuasion is telling us not to rely on ourselves to tell people what they should do but rather we can point to what many others are doing instead. The marketing department of Hollister understood all about ‘social proofing’ they created desirability – By slightly inconveniencing its customers. 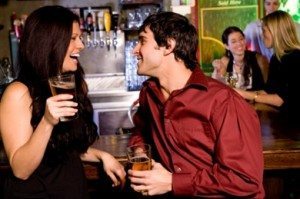 We feel obliged to return a favour!

Picture the scene, a singles bar, the music is good, a young man perhaps not at all attractive but with no obvious physical deformities – He sees a young attractive lady, alone, seated at the bar and asks her “may I buy you a drink”. The lady stops and thinks ‘he’s not really my type’ but then again what’s the harm, a drink for ten minutes of my time – That’s a ‘fair deal’ – All very familiar stuff but why?

Why would this young lady, not remotely interested in getting to know this young man, agrees to let him buy her a drink.

Quite simply the power of the 2nd secret of persuasion ‘reciprocation’- What you’re seeing is what social scientists call ‘Reciprocation’ or ‘quid pro quo’ in other words, the young lady feels obliged to return a favour.

You invite me to your party and I’ll feel obliged to invite you to mine.

You must not take, without giving in return!

So the next time you go into a business situation don’t ask, who can help me here, make a simple change and ask ‘Who Can I Help Here?’ 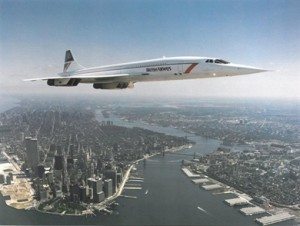 ‘While stock last’, ‘when they’re gone they’re definitely gone’ and ‘for one week only’ – Sounds familiar, of course it does we’ve all heard it before. Whether we like it or not, when we hear that a product or service we like is running out, or if there’s only one left on the shelf whether we need it or not what do we often do – Yes we buy it!

Whether we’re prepared or not to admit it, we all at some time or another have fallen for this the 3rd secret of persuasion ‘Scarcity’

When British Airways announced in 2003 that they were going to stop the twice daily Concorde flights between New York and London, because it was no longer making money, the very next day sales doubled!

The plane didn’t fly any quicker, the fare didn’t get any cheaper nor did the food improve – No it just became scarcer!

In fact the sales stayed strong because of the first principal of persuasion ‘Social Proofing’ for that class of person, who could afford to fly Concorde.

Scarcity doesn’t cause you to buy something you don’t need; it just influences you when to buy, usually now! ‘While stocks last, of course’!

Do you ever wonder why we’re more likely to comply with requests from a person in uniform be it a Guard (police officer), a doctor, a traffic warden.

Social scientist have shown that when a hospital consultant displays his doctorate, degrees and diplomas on the walls of his consulting rooms, his patients are twice as likely to follow his instructions concerning life style changes – To say nothing of paying the €300 bill at the end of a fifteen minute session.

So the next time you find yourself in a business or work situation don’t introduce yourself but get a colleague to do it instead, just make sure they don’t forget to say “Let me introduce you to Joe, he’s a bit of an expert, after all he’s been doing it for over 20 years! 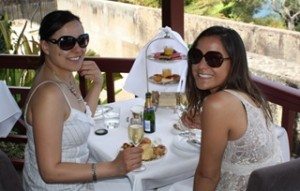 We are more likely to say yes to someone we like, than someone we don’t!

Picture the scene, a business lunch, two successful ladies sitting at the table together one lady reaches down under the table and picks up her handbag, the other says ‘Oh I love your handbag, is that a Marc Jacobs’ [sorry ladies like most men, I’m on unsteady ground here!] ‘IT IS, says the other lady, with some surprise’ they have started to build a bond, almost immediately – They start to like each other. It’s exactly the same reason that men frequently start off a conversation about sport, we are in fact influenced by people we like.

Do you ever wonder why seemingly so much big business is done on the golf course, after all Anglo Irish Bank had reportedly spent 100s of 1,000s on golf balls.

People buy from people they know, like and trust!

So the next time you’d like to persuade a colleague make sure you look for the common ground – First! 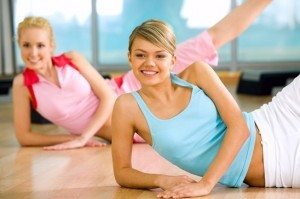 How many times have we complained about the government – In fact it’s a bit of a national sport in Ireland! “Oh when they come looking for my vote, I’ll give them what for”.

Only to find when it comes to voting day we end up saying ‘Ah better the devil you know’.

We want to conform to the society or group we belong to or have just joined.

So the next time you want someone to remember an appointment. Get them, to write it down, don’t do it yourself! You’ll find that they will want to be more consistent with a commitment they’ve made themselves.

In Summary – Say Yes 50 Secrets from the Science of Persuasion

Social Proofing –     We look to what others do, to guide our behaviour

Reciprocation –       Generally we aim to return a favour