When is a lead not a lead? 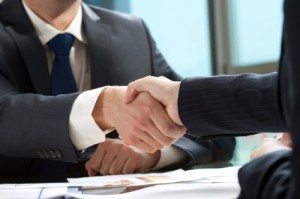 When is a lead not a lead?

Answer: When it’s not qualified. Generally I like to think of an unqualified lead as a ‘suspect’ in other words it fits your Ideal Prospect Profile but the rest of the basic qualification is missing, the BANT. Not to be confused with the ‘BAHT‘ the unit of currency in Thailand. BANT or Budget, Authority, Need and Timeframe, which has been around since Methuselah (oldest man in the Bible, no less) was a boy!

What does ‘qualification’ mean – “Based on past experience is this prospect likely to buy this product or service?” In all fairness BANT is a good start but I prefer SCOTSMAN when the sale is near closing and you’re trying to convince your sales manager what’s going to close next month – We’ve all been there.

I want to discuss (comments welcome) the BUDGET bit. If the prospect doesn’t have a budget then, they’re not qualified. Right! Rubbish! Sort of. As a result of this assumption, sales people have been trained to ask about budget upfront, which is often a conversation killer, especially at the early stage, before you’ve had an opportunity to build report. It’s better to think of FUNDS, in other words, are they likely to have sufficient funds at their disposal (I must acknowledge the RAIN Group as originators of this concept http://www.rainsalestraining.com). Understanding that your prospect is likely to afford or justify your solution is less risky that asking straight out about budget, albeit unless you’ve built enough rapport and have ‘permission’ to ask.

The idea of replacing ‘Budget’ with ‘Funds’ is especially true when introducing a new concept, were an ‘education’ might be required. So now the initial qualification acronym looks like FAINT (and easier to remember);

Funds: Is the organisation likely to be able to justify the ROI (Return On Investment) and are they used to making this type of investment?

Authority: Do the people or persons you’re talking to have the authority to make the decision?

Interest: Do they understand and have they fully ‘bought into’ your solution?

Need: Do they need you solution, both tangible and intangible?

Timeframe: Have they set a timeframe for the purchase and better again is there a compelling event that sets the timeframe in stone?

In the world of ‘the value selling proposition’ the funds bit, well it’s really a ‘no brainer’ – Me thinks!